Most of the photos here at Rabbit Run Cottage
can be enlarged just by clicking on each one!
There you go...see? Easy!

And A New year Begins... 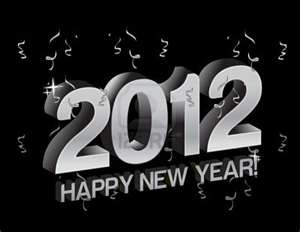 Wishing each one of you a peaceful, healthy and very happy New Year! 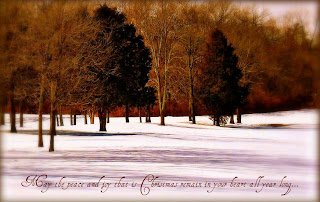 A poem by Clement and Susie Q... 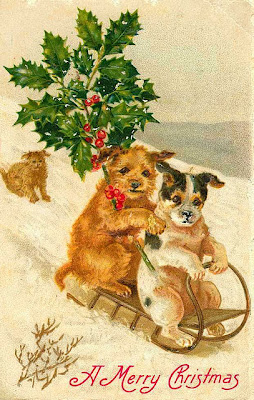 Twas the night before Christmas,
when all through the house

Not a creature was stirring,


Except for old Susie Q who was still wrapping but...

The stockings were hung by the chimney with care,

In hopes that St Nicholas soon would be there.

Good. He can help me finish all of the..okay! Okay!

The children were nestled all snug in their beds...
Um, so Dan was up working on his computer and Grace is downstairs practicing...but hey...sssh. I know. Ssssh...

While visions of sugar-plums danced in their heads.

Okay. What exactly IS a sugar plum? Have you ever eaten one 'cause I sure as heck have never had that odd pleasure.

And mamma in her ‘kerchief, and I in my cap,

Let's stop right here. This old Mama does NOT wear a kerchief and I guarantee you that old Billy Boy is not wearing a cap to bed.
Glad we cleared THAT up.

Had just settled our brains for a long winter’s nap.

My brain NEVER settles...maybe that's why I don't get a good nights sleep but then...what? Okay, okay...

When out on the lawn there arose such a clatter,

I sprang from the bed to see what was the matter.

Away to the window I flew like a flash,

Now THIS we all know is a falsehood. I haven't flown like a flash since...well...since...like never! More like, "I wearily hobbled to the window." Just keepin' it real here folks...

Tore open the shutters and threw up the sash.
Tore? Me? I would never!

And our windows are so hard to open that  *I* would be the one who "threw up", not that proverbial sash!

The moon on the breast of the new-fallen snow

Gave the lustre of mid-day to objects below.
Ah...doesn't that sound just as pretty as pretty can be? Okay! I will try not to interrupt!

When, what to my wondering eyes should appear,

But a miniature sleigh, and eight tiny reindeer.

If it WAS mimiature, no way would these old eyes see it. I would hafta go back and try to find my glasses and then...okay! OKAY!

With a little old driver, so lively and quick,

I knew in a moment it must be St Nick.

More rapid than eagles his coursers they came,

And he whistled, and shouted, and called them by name!

Coursers...I never liked that part. Why couldn't old Clement just say reindeer! He had to use some fancy pantsy words like coursers! REINDEER! They are reindeer dang it!

On, Comet! On, Cupid! on, on Donner and Blitzen!

And not one mention of Rudolph. The guy looks a little different and poof. Clement leaves him straight out of the poem...

They could dash faster WITH Rudolph but Clement left the little guy out of HIS poem...guess he wasn't enough of a "courser"...alright. I'll be quiet.

As dry leaves that before the wild hurricane fly,

Did I ever tell you about the hurricane I was in? Um...okay. Maybe later.

When they meet with an obstacle, mount to the sky.

So up to the house-top the coursers they flew,

There we go again. "Coursers". Sheesh...they like to be called REINDEER!

With the sleigh full of Toys, and St Nicholas too.

And then, in a twinkling, I heard on the roof

The prancing and pawing of each little hoof.

They better not do any damage up there. My insurance company won't like that one bit...well, I was just sayin'!

As I drew in my head, and was turning around,

Down the chimney St Nicholas came with a bound.

Here's another problem folks. We have a gas fireplace. There is no *real* chimney to speak of. So the jolly old man is gonna hafta come through the front door. I sure hope he wipes his feet.
Alright! I'll be quiet...

He was dressed all in fur, from his head to his foot,

I have a REAL problem with this...unless it was *faux* fur. Was it? Well, why DON'T you know?

And his clothes were all tarnished with ashes and soot.

I KNEW he was gonna make a mess...I knew it!

A bundle of Toys he had flung on his back,

And he looked like a peddler, just opening his pack.

His eyes-how they twinkled! His dimples how merry!

His droll little mouth was drawn up like a bow,

And the beard of his chin was as white as the snow.

Huh? Oh, I thought you were describing me? Go on...go!

The stump of a pipe he held tight in his teeth,

And the smoke it encircled his head like a wreath.

Okay. Just a minute. One more issue...I do NOT allow smokin' in here...the old guy is gonna hafta leave that pipe outside. I don't care WHO he is!

He had a broad face and a little round belly,

That shook when he laughed, like a bowlful of jelly!

Now I KNOW you are describing me! How rude!

He was chubby and plump, a right jolly old elf,

And I laughed when I saw him, in spite of myself!

Is he jolly because he is plump and chubby? Isn't that a little degrading? I myself am a little chubby and plump (Which, by the way Clement, is a tad redundant) and I am not always jolly. Hmpf.

A wink of his eye and a twist of his head,

Soon gave me to know I had nothing to dread.

Except for that pipe smoke and all that soot and dirt he brought in on his boots...sheesh...

He spoke not a word, but went straight to his work,

And filled all the stockings, then turned with a jerk

Stockings...okay, here is another complaint. Every year I ask Santa to put Brian Dennehy in MY stocking. For 35 years I have asked the old elf for the same thing. Has he ever come through? Excuses, excuses...Brian would not fit in my stocking, Brian wants to spend Christmas with his own family, Bill might not like it...excuses, excuses. What? Okay...go on. I will just sit here quietly...

And laying his finger aside of his nose,

And giving a nod, up the chimney he rose!

Like I said, we have no real chimney. The old guy has to use the door! Gee whiz...how many times must I...what? Okay, okay..

He sprang to his sleigh, to his team gave a whistle,

And away they all flew like the down of a thistle.

But I heard him exclaim, ‘ere he drove out of sight,

"'Ere" he driving those *coursers*?
Sheesh...they are REINDEER!

"Happy Christmas to all, and to all a good-night!"

Like he said...I have been asked to cease and desist all further chatter... 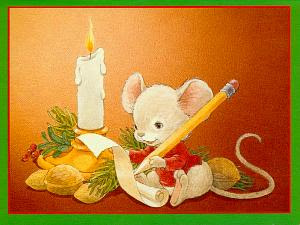 Dear Santa,
I am just a little mouse, I'm quiet and so shy...
My Mama says I'm awfully good, I know
I always try!
I make my bed, I sweep the floor,
I hang up all my clothes...
I never fuss, I clean my plate and
\ always wipe my nose.
I would like some tasty nuts and
berries oh so sweet...
A wind up car, a woolen hat and
slippers for my feet.
A boat that sails, a bouncy ball, a horse that
neighs and rocks...
Some peppermints & bubble gum, a pair of
red-striped socks.
But Santa please remember the little
mice so sad...
The ones who have no nice warm homes, no
Mama dear, no Dad.
Maybe I should ask you now to give
my gifts away...
To wee ones who are hurting so & have
forgotten how to play.
I have enough dear Santa & I think that
I should share...
With all of those who need my help, to show
them that I care.
For many mice go without and feel
so by themselves...
They fear they are forgotten by Santa
and his elves.
Please give a toy to bring a smile to each
sad, lonely mouse...
Some Christmas cheer to bring some joy
to every tiny house.
(C) Susie Q 2006

Please remember those in need in your own area and give as much
as you can to the food banks and toy drives. Your generous
help will put a big smile on someone's face this Christmas Day.

God Bless you all... 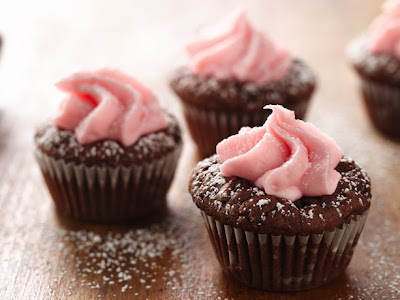 Hoping that you are enjoying each and every moment of the Christmas season.
We have been so busy with holiday events and preparations but it is all so sweet isn't it?
Do remember to take time for yourself, maybe pour that second cup of hot tea and indulge in another
sugar cookie! You deserve it! 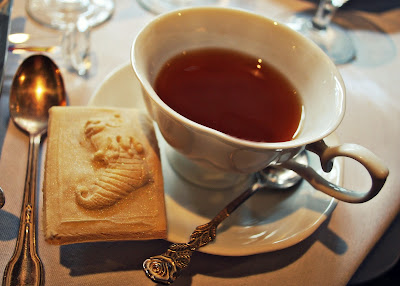 One of my most favorites places in Dayton is the Basically British Tea Room, owned
and operated by the charming Terry Ronald. I have enjoyed a sweet afternoon here on 3
other occasions but this day found a group of us celebrating our dear friend Peggy's
birthday! I had never been during December and it was such a treat! 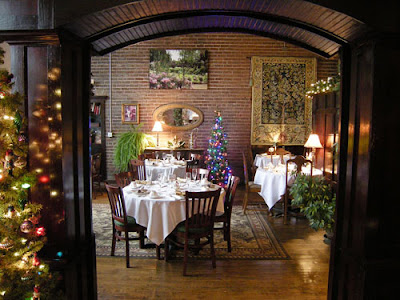 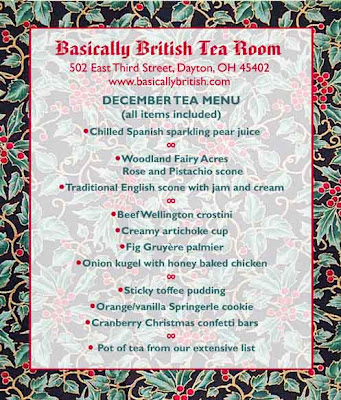 To say it was all delicious is an understatement! 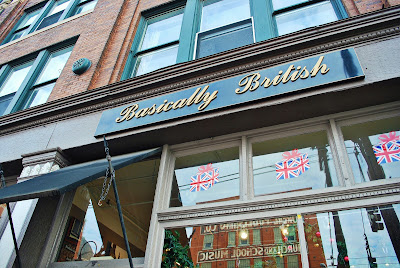 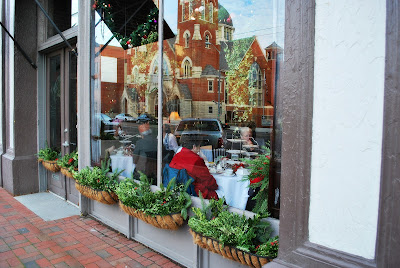 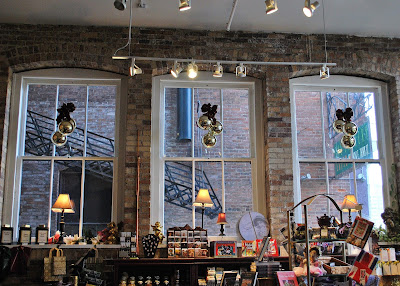 Basically British is located in downtown Dayton
in an old building known
as The Cannery. In past years, the building was
extensively remodeled to incorporate
almost two hundred lofts, along with several retail
establishments.
The style of the building makes a particularly
suitable setting: high ceilings,
brick walls, elegant woodwork, attractive
windows and hardwood floors. 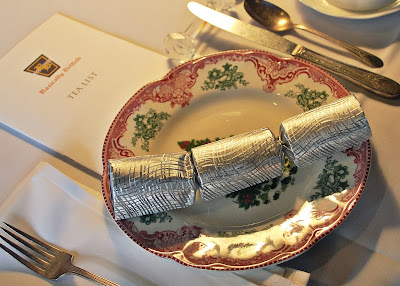 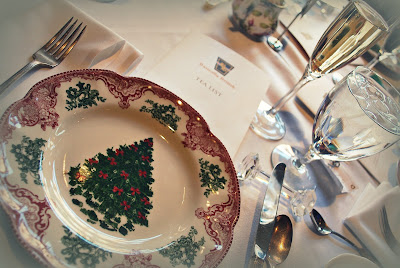 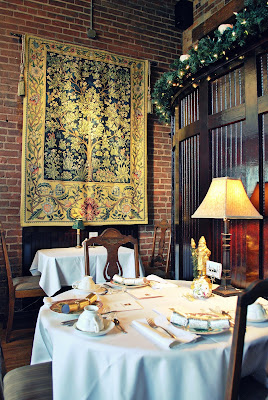 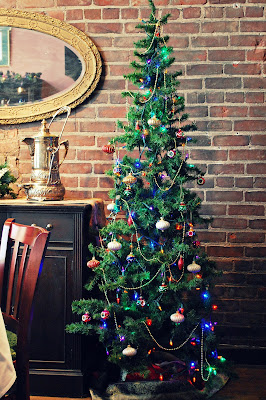 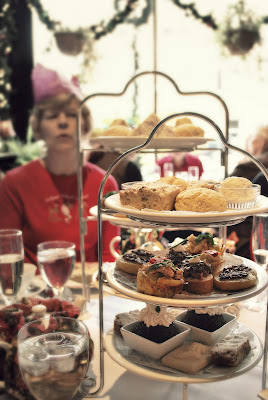 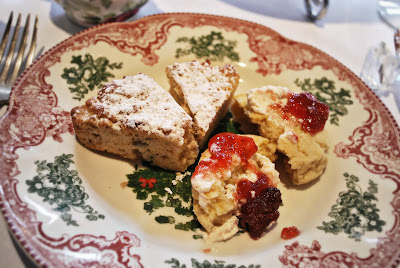 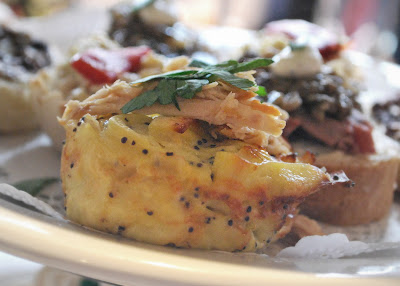 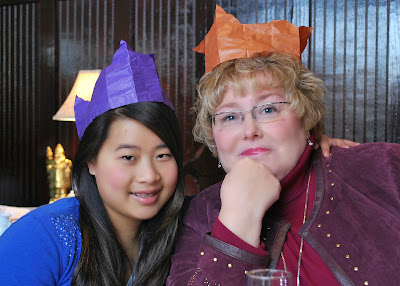 This was Grace's first visit to Basically British but
she has decreed it will not be
her last! She enjoyed it so much!

Happy Birthday Peggy! It was so wonderful to share
this time with you, Michelle,
Pam and Grace, 3 of my most favorite ladies!

Hmmm...now I think will go and brew a pot of
Christmas Spice tea
which I purchased that afternoon.
Ahhh...so good. 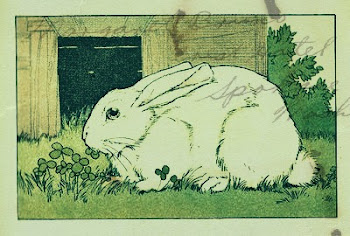 The opinions and ideas presented here are mine unless otherwise expressed. Most of the photos are taken by me for use on this blog.

Welcome to Rabbit Run Cottage! I am Susie Q, or just plain old Sue if you prefer. I live in Ohio with my cute, loopy husband of 36 years. We have a handsome computer genius of a son and a joy filled, fashion diva daughter. I also live with a silly dog, two lazy cats and a litter of dust bunnies.


I am a wife, mother, sister, aunt and friend. I love movies, the theater, art, traveling, music, antiques, decorating our little home, photography, writing and books. Oh and I am actor Brian Dennehy's greatest fan. Just ask me. Go on, ask me!


I hope you will find something here that makes you smile. You are most welcome and so appreciated!

In Memory Of Our Kipper 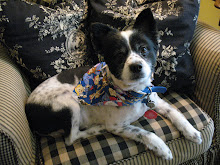